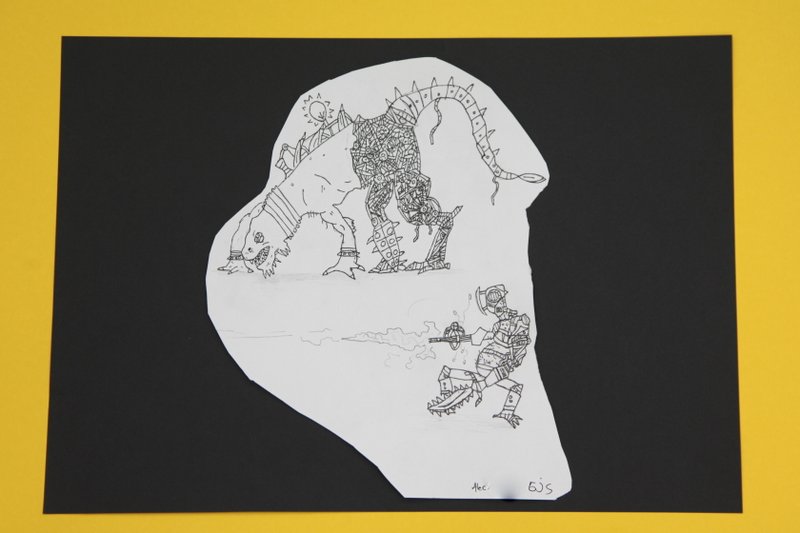 Grade 6JS student Alec seems happiest when he’s drawing. Like Author/ Illustrator Shaun Tan who said he was considered the “good drawer” in his class, Alec’s drawing seems to be done effortlessly. When I saw that he had begun a creature which appeared to have skin, I mentioned that the set task was to create a creature made from metal and or plastic. Alec was not concerned. He immediately changed direction to add the metal hind quarters and in the following lesson he gave the picture more action with a second character. Congratulations to Alec upon all the drawing he has done to build his skills. We ask our students to read each day and to learn their spelling words. We ask that they write as often as possible. Why not encourage/allow them to draw for fifteen minutes or so each day?

4 thoughts on “Drawing on Imagination 2”