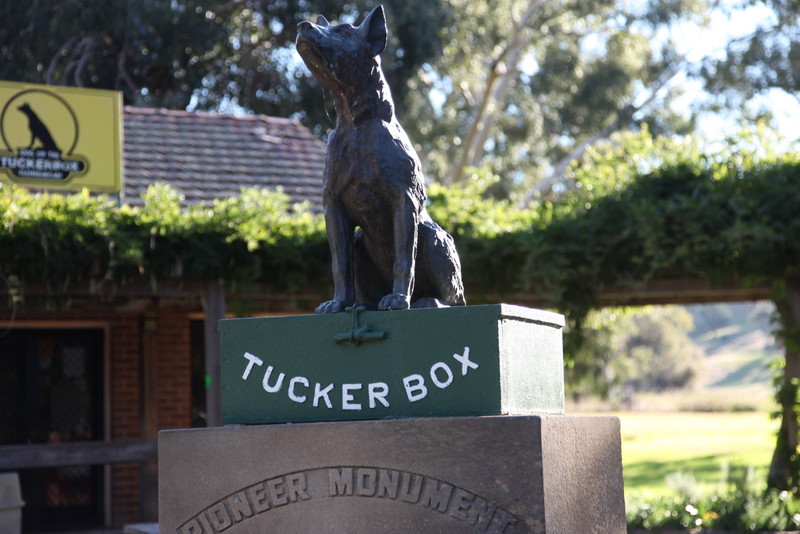 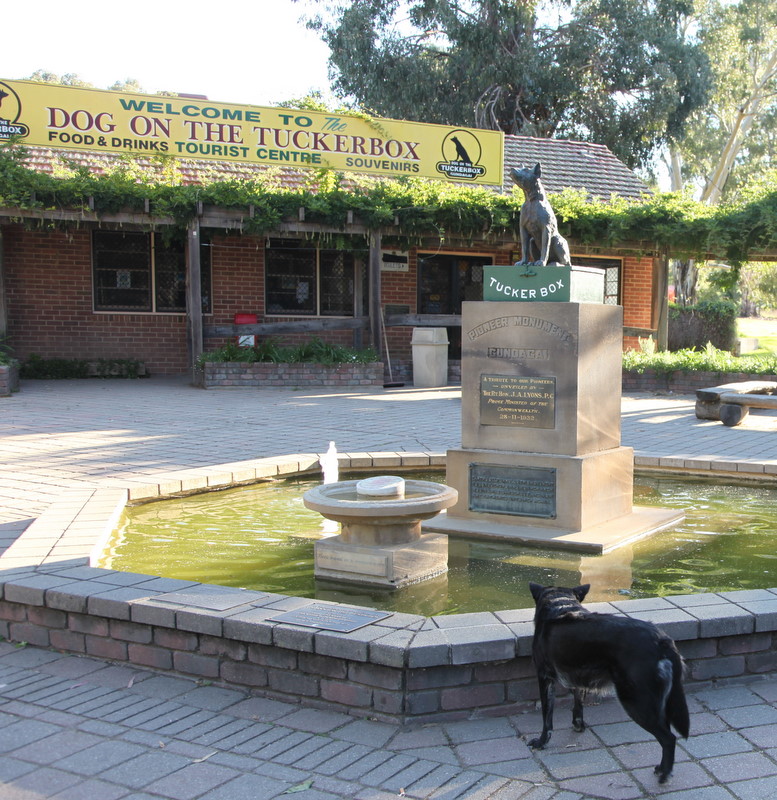 Half way between Melbourne and Sydney at Gundagai, New South Wales, there is a wayside stop for petrol and refreshments which features a statue of an Australian working dog sitting on a “Tuckerbox”. Such a box was  originally used to keep the  food provisions for the  long journey before the days of cafes and fuel stops. Just as I was about to take the photograph an old black Kelpie dog entered the scene, as if to pay homage to the dogs represented here.  Generations of worthy canine heroes, many Pioneers and innumerable travellers have passed this way over the years. On April 6th 2011 I felt honoured to stand in this place of national significance and reflect upon the contribution each one of us makes to our country’s heritage.