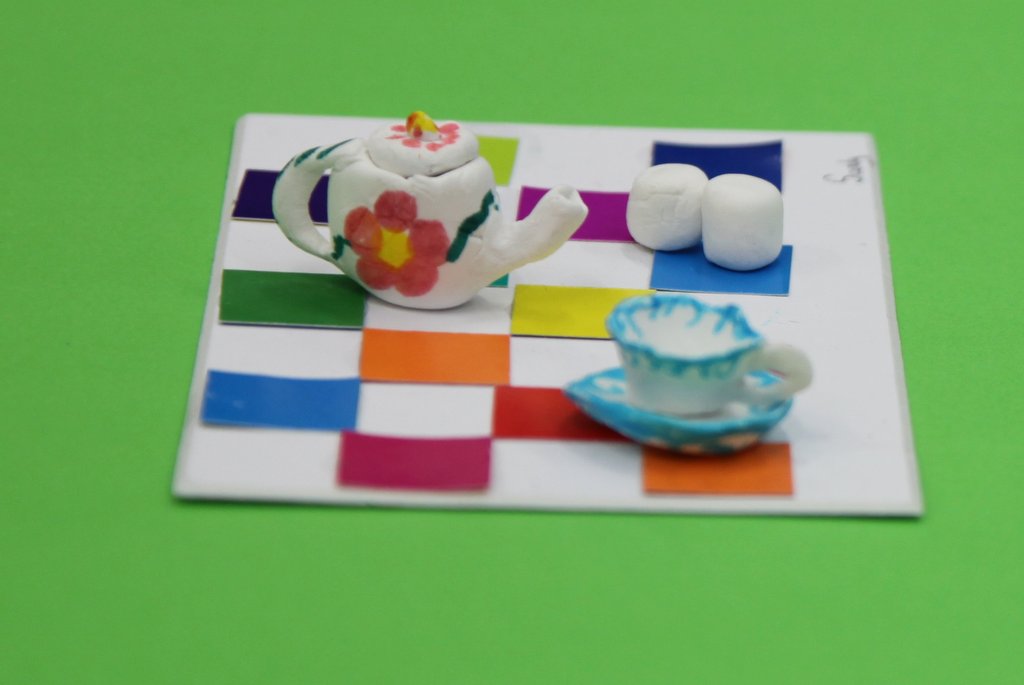 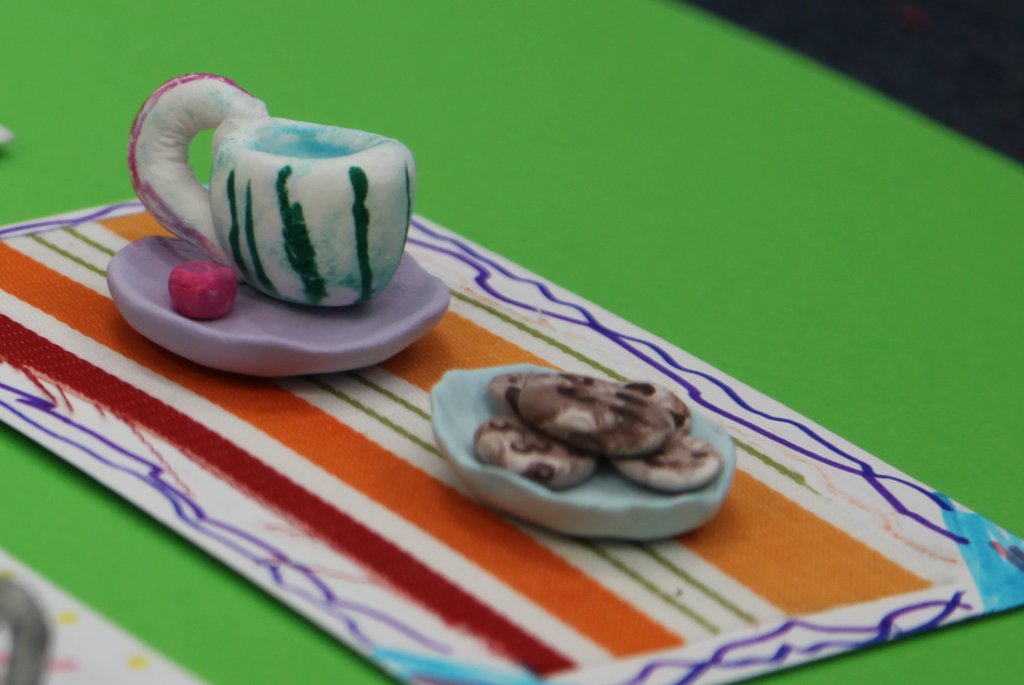 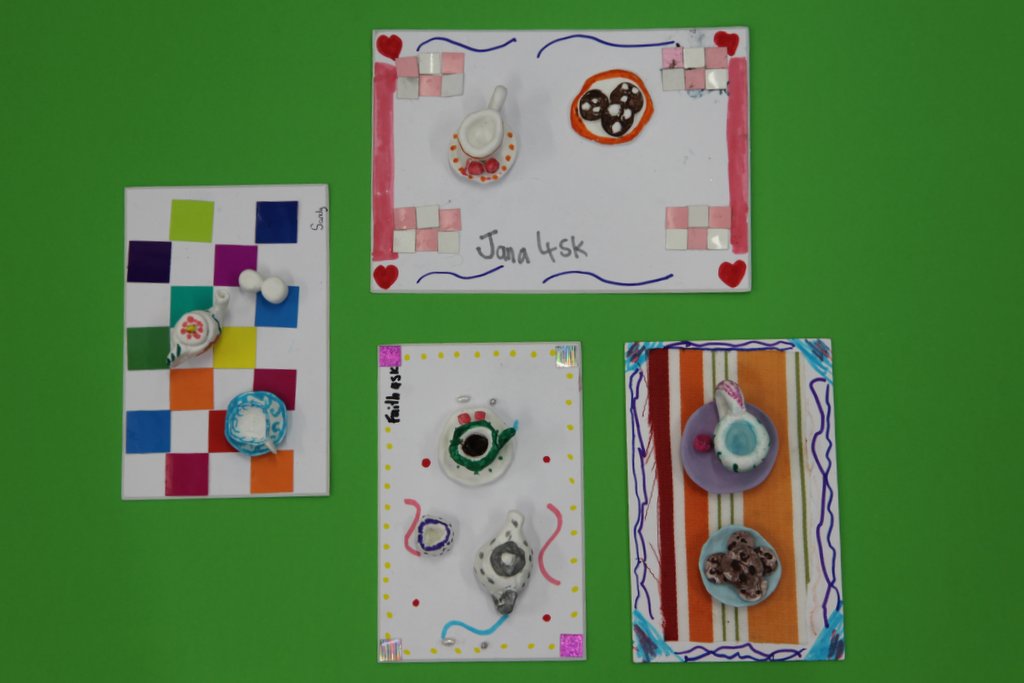 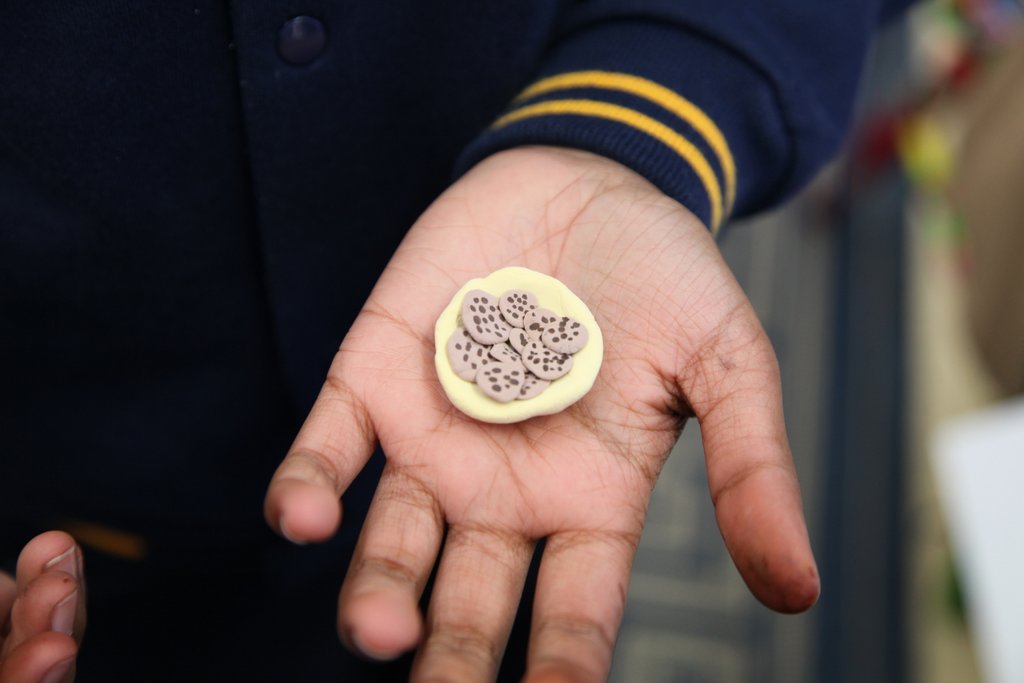 While talking about the London Olympics  we tried to relate the art work to events which happen in the United Kingdom and that brought up the tradition of having Afternoon Tea. After looking at a miniature  china teaset given to me as a gift, the  Grade 4 students set out to make their own tiny cups, saucers and plates (some plates had the added delight of cookies which looked good enough to eat) using a product called Paper Magic Clay. Paper Magic Clay is a light modelling medium which feels a lot like marshmallow. It can be coloured with felt tipped pens either before or after it dries. It is available from Zart and one packet is plenty for a class of 28 students to make a  small teaset. A closely related product for those in other countries would be Crayola’s Model Magic.